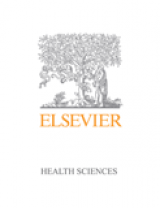 Hardback
Skip to the beginning of the images gallery

Sedation and Analgesia in the ICU: Pharmacology, Protocolization, and Clinical Consequences, An Issue of Anesthesiology Clinics